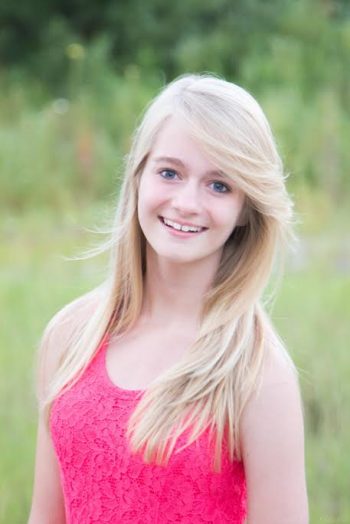 Grace Tarnow is, without a doubt, one of LaPorte county’s youngest rising stars, as well as our first featured Celebrity Artist. In 2013, she was cast into the main role of Oscar-Nominated Director John Hancock’s film, The Looking Glass.

Though quite young, her talent, credentials, and experiences since filming Hancock’s film already rival any young artists currently working in the field. As a two time finalist in the Hoosier Star vocal competition and the youth division winner for 2012, Grace has had numerous opportunities to perform with the Hoosier STAR Orchestra & the vocal group “Illuminations,” the La Porte County Symphony Orchestra, and ViVace Assai Showcase Events for Written & Performing Arts.

She loves every opportunity to sing at her local church, First Church of God, in LaPorte, and she performs whenever possible with many other professional artists, including Andrew Tallackson, Derek Meilaender, Brandon Williams, Aaron Garrett, Jeremiah Souza, Nanda Danitschek, Kyrie Anderson, Betsy Archer, Taylor Carter, and Brian Phillips. She sings at benefit concerts for the Young People’s Theatre Company, and performs regularly in La Porte High School productions, as well as with the LaPorte Little Theatre.

Most notably, however, is her work as the main lead, Julie, alongside Dorothy Tristan in John Hancock’s film, The Looking Glass. Grace took her biggest step auditioning for the film, but recalls that, at the time, she was simply excited to try out for something in her hometown. Film Acres recounts the experience in a blog.

Oscar-nominated director John Hancock didn’t have to look far when he cast a young actress to appear alongside his wife, actress/screenwriter Dorothy Tristan, in his latest film.

“I had the same feeling as when I read Robert De Niro (for ‘Bang the Drum Slowly’),” Hancock said. “I thought, ‘This person really has it’.”

Hearing that remark, and the fact that this is her first movie, leaves Tarnow overwhelmed.

…“I was so excited. I just wanted to scream.”

…More than 550 people from four states tried out for the movie.

“She could really act,” [Hancock] said. “My wife improvised with her, and Grace was so courageous and so present during the scene.”

Tarnow, who also dances and plays violin, said she tried to connect with the role of the granddaughter during the audition.

“I tried to find a state of mind … of how this could be for me,” she said.

Hancock couldn’t believe the talent he was witnessing.

“How thrilling that she is here, right here in La Porte,” Hancock said of his thoughts at the time…

Thrilling is just one word to describe Grace Tarnow. She is currently “just studying” at La Porte High School, but she will always be welcome on stages across the region. We truly appreciate everything she has done around Northwest Indiana and wish her all the best!!! 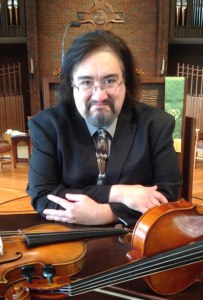 As a performer, Nic has been honored widely. In 1987, he was awarded the Bronze Medal at Her Royal Majesty’s International Festival Competition in Aberdeen, Scotland (UK). Orbovich was also a semi-finalist at the 1995 Fischoff National Chamber Music Competition as a member of the Amherst String Quartet. In 2001, he was featured as a soloist on the Grammy Award nominated release, “The Hot Springs Music Festival: Louis Moreau Gottschalk” (Naxos). That same year, Nic was a prominent figure in the Emmy Award winning documentary, “The Sound of Dreams.” In 2008, Nic was concertmaster on a “Top Ten of the Year” selection of Gramophone Magazine, “Rudolf Haken; Concertos” (Naxos). He has soloed with numerous orchestras around the country, having performed concertos and brilliant works by Wieniawski, Vieuxtemps, Sarasate, J.S. Bach, Beethoven, and Vivaldi.

He enjoys a reputation as an outstanding recording artist in many genres. Besides the aforementioned Grammy nominee and Gramophone magazine award winner, Nic appears in “The Hot Springs Music Festival; Creole Romantic Composers” (2001-Naxos), “Music of Jerome Moross” (2002-Naxos), “Music of Jerome Starer” (1997-Albany), and appears on an album of jazz violinist Diane Delin.

As an orchestral performer, his work is prolific. Nic has been concertmaster of the South Bend Symphony, the Hot Springs Festival Orchestra, the Southwest Michigan Symphony, the La Porte County Symphony, the Lake Shore Symphony and many others. In this role, he has performed on stage with some of the most acclaimed names in classical music. Some of those names include; Itzhak Perlman, Gidon Kremer, Joshua Bell, Andre Watts, Hilary Hahn, Lang Lang, Garrick Ohlson, Shlomo Mintz, Daniel Barenboim, Lorin Maazel, Leonard Slatkin, and Sir Georg Solti. Currently, he holds the Principal Second Violin chair with the South Bend Symphony Orchestra (SBSO), where he is also a member of the SBSO String Quartet and String Quintet, performing over 20 concerts a year with those chamber ensembles.

He is the co-founder (with wife Sunny) of the Michigan City Chamber Music Festival (MCCMF), and performs as violinist in their annual concerts. Through his leadership and dedication, the MCCMF is quickly becoming recognized as one of the country’s best chamber music festivals. In 2013, he was the guest speaker at the Indiana Suzuki Teachers Conference, where he delivered an address on the importance of teaching chamber music to young musicians.

Orbovich is equally dedicated to music education. He has been on the faculties of Valparaiso University, Andrews University, Bethel College, Illinois Valley Community College, the Hot Spring Music Festival, and the Donald A. Dake Chamber Music Chamber Music Academy. Currently, Nic has a thriving private violin/viola studio in Michigan City, Indiana. As a member of the South Bend Symphony String Quartet and Quintet, he performs 25 interactive and educational concerts for school children each year. During the aforementioned Michigan City Chamber Music Festival, he facilitates daily presentations for elementary aged students at the local public library during the week long event. He also has taken the “Every Child Can” pre-Suzuki school training, which specializes in early childhood musical development.

Nic lives in Michigan City, Indiana with his lovely wife Sunny and beautiful daughter, Sophia. He also enjoys many altruistic and philanthropic endeavors. Orbovich serves on the Board of Directors of the Keys to Hope Drop In Resource Center (a Center for the homeless), the Recovery House of Michigan City, volunteers at the Community of Faith Men’s Shelter, the Michigan City Soup Kitchen, and has served on the Board of the Dunes Fellowship Recovery House. We truly appreciate everything he has done for our region and wish him all the best!

ViVace Assai has a list of professional musicians, actors, authors, dancers, choreographers, film makers, and other artists that would be great advocates for Written & Performing Arts in Northwest Indiana. Eventually, we will roll out “Celebrity Campaigns” so people can donate specifically for a single artist or professional musician to come into the region as a working clinician or just a special guest to meet students and families (and advocate for Written & Performing Arts!)

PLEASE STAY TUNED FOR MORE INFORMATION, and then help FUND your FAVORITE CELEBRITY ARTIST to come out to Northwest Indiana!